360 Virtual Reality is perfect for Travel and Tourism

How One of the World’s Top Tourism Businesses Used InstaVR to Create 90 VR Tours of Holiday Excursions, Increasing Bookings and Upsells 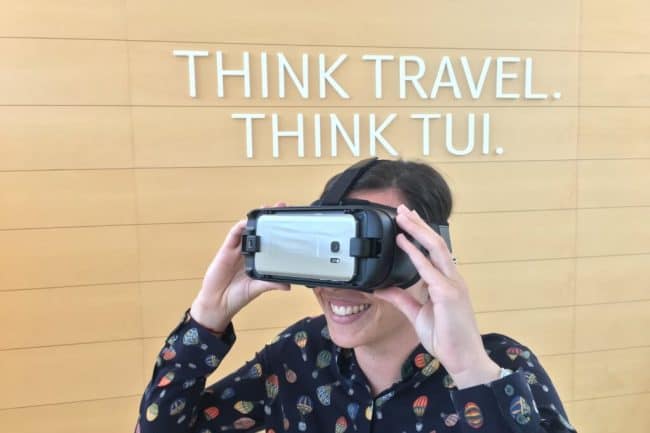 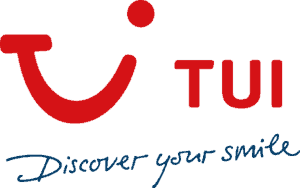 TUI Group has built 90+ Gear VR excursion apps using InstaVR. Destination Services employees use them at the front desk as conversation starters and to better illustrate what trips entail, leading to greater bookings. They also help clients upgrade their seats at theater shows, using InstaVR-generated apps on Gear VRs to highlight the views from seats closer to the stage, leading to more premium seat purchases.

TUI Group is a true InstaVR success story. They’ve created a process that allows them to author apps in under an hour. Furthermore, those Gear VR apps can be used throughout the year and into the foreseeable future, without any maintenance needed. As businesses delve into how VR can help them increase sales, TUI Group is a shining example of the benefits of creating engaging and immersive VR experiences.

Origins of Interest in Using Virtual Reality for Tourism Apps

Chris Carmichael’s team at TUI Group is always on the lookout for great new technology. The Innovation Lab, which he manages, is tasked with testing, learning, and implementing ideas that will improve the overall guest experience. One important function of Destination Services, which is introducing guests to local excursions. So when Google launched its low cost Cardboard VR headset in 2014, a lightbulb went off in Chris’ head: We should use Virtual Reality to give guests an opportunity to preview excursions prior to signing up for them.

Google Cardboard, unfortunately, wouldn’t be sturdy or professional enough for the hotel setting. So Chris waited until late 2015, when Samsung released its first version of the Gear VR headset. He liked that the headset took the same mobile phone as a screen approach, but added a lot of stability, comfort and quality. With that, he was ready for TUI Group’s first foray into Virtual Reality.

The Innovation Labs’ first attempts at VR were a bit time intensive. Chris used a DSLR camera to capture local points of interest in 360-degrees, including the Caves of Drach in Mallorca. Unfortunately, that process took upwards of 140 photos and 45 minutes to capture. So it was with much anticipation that commercial, affordable 360 cameras went mainstream in 2016, including the Ricoh Theta, which Chris began to use.

They did an initial trial of VR excursions at a single hotel. The guests liked it and the hotel reps liked it. And it looked like it was having an effect on sales. So they did a second trial, involving a few more locations and VR headsets. The results were similar. For a final test, they chose four hotels in Mallorca that had predictable sales, and introduced VR to them.

The results proved the hypothesis: they were able to sell more excursions, using a device that their guests loved. Virtual Reality was a huge hit and the trial was proving it! The Challenge: At first, Chris’ team at TUI Group intended to use the software provided by Samsung/Oculus. However, just before expanding their VR initiative to 50 VR headsets at properties across the Mediterranean, they realized it simply wouldn’t meet their needs. In particular, the issues they had were:

The Solution – InstaVR: The initial instinct of coding apps themselves was quickly dismissed.“I was looking for a mature technical solution, not create something from scratch.” After doing a bit of research, Chris came across InstaVR’s web-based platform. He chose InstaVR over one other platform that he looked into, and hasn’t looked back since.

The Results: Creating and distributing VR apps at TUI Group is now simple! They send out Nikon KeyMission 360 cameras to their properties located throughout the Mediterranean. The resorts themselves take 360 photos of the best sites on their excursions, sending them to Chris’ team in Mallorca. Team members take turns authoring the apps in the InstaVR platform, with most apps taking less than an hour to complete.

InstaVR addresses all the issues TUI Group had with the basic Oculus software. His team adds a link towards the bottom of each scene, which the user can gaze at instead of trying to swipe on the headset. “All you have to do is find the link that says ‘Next’, look at it, it turns white, and away you go!” The tour always goes as planned, with no random or promoted photos. “We wanted it as simple as possible,” said Chris. “It’s easy to explain, and it’s a very very good, very simple way of making the tour work.”

“We’ve had no complaints at all about the ability to use the headsets,” according to Chris, “Which we did previously before InstaVR, with the swiping methods. It takes us about an hour to create each app. InstaVR’s done everything we’ve needed of it!” Generating Conversations Between Guests and Destination Service Reps – Just the act of having virtual tours created on InstaVR has sparked conversations between TUI employees and guests. Chris explains, “When you put a shiny Gear VR headset at the end of the excursion rep’s table, it’s a great way to get people to come and talk to our reps. We use it to start having conversations.” Once the guest realizes they can view local excursions in VR, they often want to try it. And this helps the reps to better communicate the actual contents of an excursion. “We use it when our guests have a question about a particular excursion.”

Promoting the Upside Down House Excursion in Katmandu Park, Spain – In Mallorca, close to one of TUI Group’s exclusive properties, there is an excursion to what can only be described as an Upside Down house. There’s all sorts of entertainment inside, as well a climbing area and mini-golf outside. There’s about 30 things to do, according to Chris. But describing the experience with words isn’t always easy for the TUI team.

So TUI used InstaVR to build a 360 tour of the unique location. Destination Services reps hand the guests a VR headset, and let them experience the Upside Down House themselves. The feeling of immersively being there far exceeds any description or traditional photos. “You give the headset to the guest, and say ‘Here are the things you’ll be able to do.’ They buy into that.”

Upselling Seats at a Theater Show – Also in Mallorca, TUI Group has a theater show that is very popular. Ticket prices are differentiated based on how close to the stage you are. To assist in promoting the better seats, Chris’ team built a VR app on InstaVR showcasing the theater. “Our reps have been using the empty theater shot in the Gear VR to show people roughly where they’re going to sit,” says Chris, “And therefore where they could improve their view if they bought a premium ticket.” The project has been successful in accurately portraying what it feels like to view the theater show from different seats, giving TUI Group the ability to sell the better views at a higher price.