For the last few months, we at 360 Virtual Tour Co. have been trialling out the new Augmented Reality, or AR, feature for pedestrian maps, which the company first announced at its developer conference back in May 2018.  As of today, the app is in “alpha” state, meaning we are probably two or three builds ahead of what is actually ready to download via the Apps store.  As we hold the highest level across Local Guides and Maps Contributor community, we were one of the first to test this app out….and boy is it fun!! 😉

Painting a very common picture, anyone visiting a new city or place, knows the confusion of emerging from a tube station or bus, and trying to figure out in which direction to turn.  Depending how strong your signal coverage is, it may take a few minutes for Maps to accurately identify where you are.  In Central London for example, tall buildings cause interference, meaning Maps thinks you are actually somewhere else.  Positioning you incorrectly on the Map.  Even with your Maps app open, orienting yourself in an unfamiliar place can be difficult and lead to some missteps.  Google believes it has solved the problem using Augmented Reality technology.

Once it arrives, Augmented Reality will be everywhere 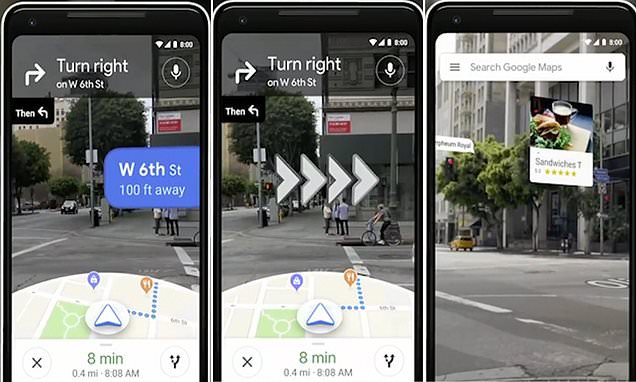 We cannot wait to finish testing phase as once this is released to the public, it will truly be a game changer.  Watch this space! #ARisComing #OnGoogleMaps #ARCore